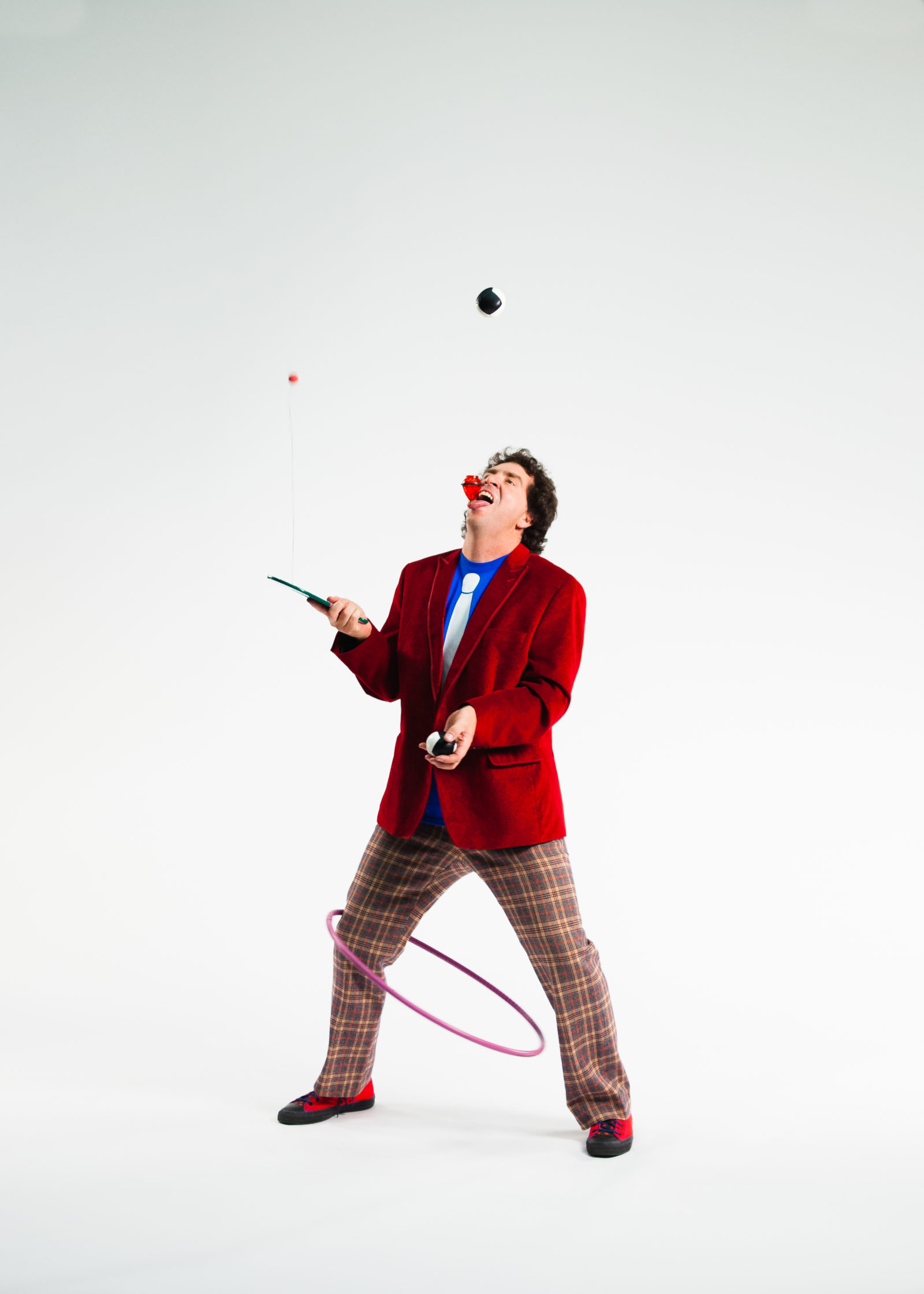 Marcus Wilson was born on April Fools day 1973, so it seems only fitting that he has a passion for jokes. This passion kept him in trouble all through elementary and jr. high school. In ninth grade, he enrolled in a drama class and discovered a place where acting out was encouraged and accepted. He found that as long as he was on stage people seemed to enjoy his obnoxious antics. In high school, while working at a restaurant, he learned to juggle with rolls and oranges and fell in love with useless tricks and odd skills. At the age of 22, armed with a handful of these tricks and a desire to entertain, he began doing shows. About five years later, he began performing in comedy clubs. Since then, he has been making his living performing. Marcus lives in West Jordan, Utah. After giving his teachers such a hard time, he ended up married to a teacher. He has been married since 1996 and has four kids.

Hi, Thanks for visiting my site. A web site all about Marcus Wilson a comedian, a juggler, and an all around terrific human being.

You’re either at this site because you are considering hiring Marcus to perform his show or your thinking of stocking me. Either way I hope you find this site fun, informative, and helpful.

Marcus’s show is perfect for a fair, festival or corporate function. No matter what the event is his show will amaze people, make them laugh and then keep them laughing. Which will help turn your event into an unforgettable experience.